Why bgmi banned in india, bgmi will come back or not after ban, Latest News Bgmi Banned In India also Removed from Playstore - 2022 ,

So guys, as we heard and seen that bgmi is again banned in India because some sections legally acting on it. So guys in this article I will give you complete detailed information about why bgmi get banned again in India on 29th July 2022. 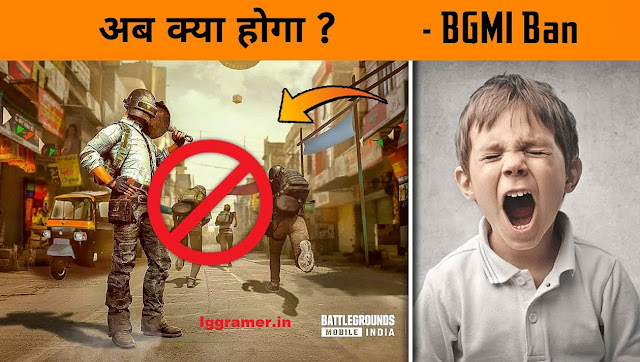 In this article, I am going to share with you complete detailed information about bgmi Banned news and whether will it get again come to India or not. So be with this site and read the complete article to get a genuine post.

Why is Bgmi Banned in India?

As we all know that Bgmi is one of the best BattleGround Games in the world and has more than 50M+ Downloads on Playstore and on Appstore. As Bgmi comes from the Global game name Pubg Mobile which is made by Tencent company.

Because Tencent is a Chinese company so in India Chinese app is going to ban to reduce data spoiling. So In India Pubg Mobile get Banned and again in May 2021, it is launched with a new name which is Bgmi, and made crazy in players and got many downloads just in one day.

But Due to some restrictions in India Bgmi again got banned because of Sections act 69A. Because of this section 69A, bgmi get again banned in India twice. There are many disappointments in players because again Bgmi got Banned.

What is 69A Act in India for Bgmi?

As we all know because we give much permission to Bgmi which is legal but this app is using your data as illegally and transferring it or Selling your personal data to other countries like China, the USA, Korea, and More.

In India, the 69A act is the IT act that empowers the government to restrict access to any content in the interest of sovereignty which means (other countries). and integrity of the country, security of the state, friendly relations with foreign states or for public orders.

Bgmi will come back or not?

There is a 20% chance that Bgmi can come back because Bgmi hasn't broken any rules and regulations. So there may be a possibility that bgmi can come back with new some updates. So to get more information just be with this site to get the latest news and Updates on games and make it easier to get Knowledge.

Did Bgmi Permanently get Banned?

Yes, Bgmi is completely banned in India and has been restricted to play in India. It has been also removed from Playstore and also it will soon remove from Appstore. So now there are fewer chances to get it unbanned and come back to India. Because of Bgmi Ban, Many gamers and pubg lovers get disappointed and their careers in gaming platforms also come into danger.

As news comes it tells that bgmi is completely banned in India and so according to government news, Bgmi is Permanently get banned so there are fewer chances to get it back again.

On which Date was Bgmi banned in India in 2022?

Bgmi (BattelGround Mobile India) get banned on the 29th of July 2022 under the 69A section act which applies to it. As it tells that Bgmi is transferring the information of our player into another country by hacking and in an illegal way. So to overcome this problem India Government take a Strick action on it and Banned this Game permanently.

So guys, if you get proper knowledge about why bgmi gets banned and if are there any chances to come back Bgmi that I have described in this whole article so read it completely. And if you have any queries related to games or related to the article then comment below or you can talk with me on my Instagram I'd on my Contact Us page.