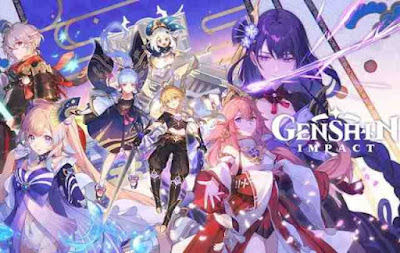 Genshin Impact is set to be release in February 2022, and Details has been leaked about the new character. Here's everything you need to know about the character model for the Raiden Shogun weekly boss that will be appearing as part of Genshin Impact 2.5 Update. 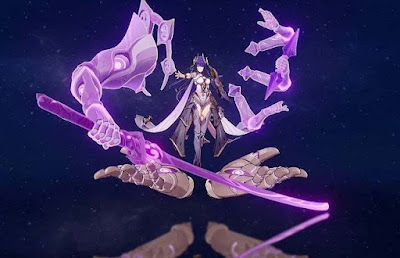 Here is the look of the new Weekly boss Raided Shogun Character.

Raiden Shogun as part of the Genshin Impact 2.5 Update, and we're hoping to get more information on the returning Raiden Shogun weekly boss as we get closer to the release of the new patch.

Raiden Shogun may become a Large threat during the events of Genshin Impact 2.5 While the exact reason is still unknown, it seems like players will be facing off against her 'ultimate puppet' form, wielding the full might of her Electro powers. Raiden is deploying all of her "strongest attacks", slashing at players with a supercharged swipe that stops time itself. This attack appears to hit through Zhongli's shield, which can stand up to some of the strongest attacks in the game.

Whilst miHoYo may likely to release information about Raiden Shogun. hope, We'll see leaks for the boss made available to the player base beforehand.

It seems like that this fight will be held near the Grand Narukami Shrine, likely as a scheme between Yae Miko and Ei, the true form of the Shogun. It's likely that the puppet Shogun has gotten out of control, and the Traveler will be tasked with taking it down themselves.

Fans will definitely want to keep their eyes peeled on any story developments in the future, as they may provide hints on how to defeat this massive foe.