According to YouTube, India is its second-largest market only after America in terms of views and subscribers. That's why there are more and more Indian YouTubers now and a lot of them have become successful with their YouTube career with millions of subscribers, especially gaming YouTubers. Chapati Hindustani Gamer Net Worth, Bio, Real Name, Age &amp; More 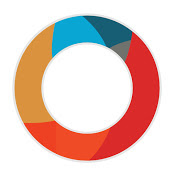 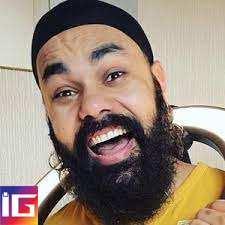 Pammi first created his channel in October 2017. He first started the channel with Vlog videos and then change it into a gaming channel with a series of Let's Play PUBG videos. All his Vlog videos are now set to private. He also plays Minecraft with Hindustan Gamer Loggy and other YouTubers along with GTA 5, GTA Online, and other horror games on his channel.

About why he named his channel Chapati, he said that he didn't even know why he did that. Chapati Hindustani Gamer is known for his GTA 5 series and Slender Man Series because of his creative and hilarious commentary. His Zombie Series and Slender Man 2 series are also really successful.

Chapati first started playing GTA V Roleplay with his character Pogo Bander (Pogo Monkey) and then switched to GTA V story mode with walkthrough videos. After that, he continues with the online heist video series with about 40 videos. He then creates his own fictional series with his Pogo character such as Money, Slender Man, Zombies, Tsunami. All these series were totally original and have nothing to do with the story of GTA V.  They became a big hit thanks to his creativity.

Chapati mostly lives stream PUBG on his channel but he didn't get as many views as his other videos about GTA V and Minecraft.

Chapati Hindustani Gamer and Mumbai Gamer Raunax were really close friends and they used to play GTA Online together until an unfortunate incident happened. The two used to let each other check their property in GTA such as Blimps, Choppers, and Yachts.

Raunax bought a Yachts, which costs $19 million according to him. However, Chapati told his viewers that Yachts cannot cost more than $10 million in GTA, which was true. Knowing about this, Raunax got angry because he thought that Chapati betrayed him and decided to cut all ties with Chapati. On March 15, 2018, he posted on the Community tab on YouTube, which wrote:

Forgot when he was in 170 subscribers and I was on 6000. He came to me begging; I helped - no one else helped. How much I had helped him, and now he's speaking against me. He would have been lying in a side if I were not to help. He betrayed those who helped.

Pammi posted a video titled "My Last Video" right after the post.  In the video, he says that he would close down his channel and not upload any more videos. However, right on the day after, he uploaded an apology video for what he has done and kept uploading videos like usual since. He is now collaborating with Hindustan Gamer Loggy.