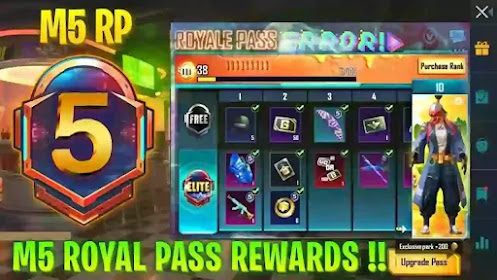 M5 Royal Pass:- Most of the players of PUBG Mobile and BGMI are always excited for the upcoming Royal Pass in the game and to increase the excitement of the players, we have come up with the complete details of Month 5 Royal Pass. BGMI M5 Royal Pass Release Date, Reward Leaks ( Pubg Mobile), Bgmi M5 royal pass release date.

As you know all Bgmi M5 royal pass release date and rewards in this para, once the old royal pass end then the new royal pass will came So first I tell you the End date of Month 4 ROYAL PASS according to the official Month 4 ROYAL PASS End At 19th November, 2021, 05:29 Am (IST) After 2 Hour Of Rp Lock The New M5 Royal Pass And C1S3 Will Release On 19th November, 2021 At 07:29 Am (IST) And Also Rank Push Started Same Time. Bgmi M5 royal pass release date and rewards.

* Below Are M5 Royal Pass Rewards and skins 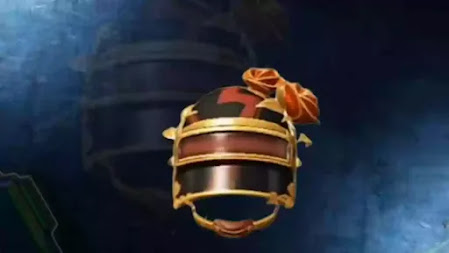 You can get the helmet skin seen in the image above in the paid Royal Pass (rp) reward. The combination of red and black color is also seen in the skin of this helmet 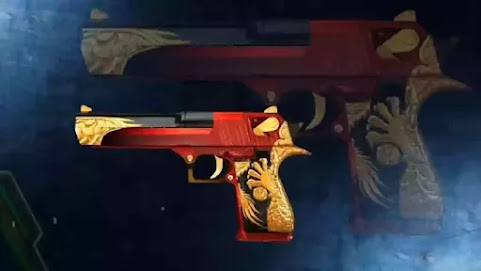 In the free RP rewards of M5 Royal pass, we can get to see the skin of a great pistol which you can see in the image above. In this skin we get to see the combination of all three colors Red, Black, and Gold. 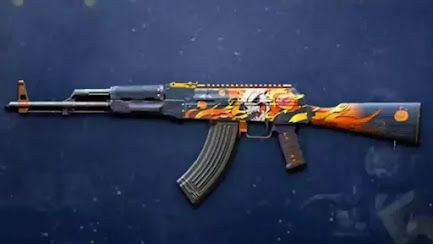 According to the leaks, we can get to see the skin of the AKM Gun in the M5 Royal Pass, which you can see in the image above. Although this skin has already arrived in the halloween crate, but still this skin looks great in appearance.

M5 Royal pass now includes a fresh new backpack. Each of the three bags (level 1 backpack, level 2 backpack, and level 3 backpack) is violet in color. You may see the picture for more details.

M5 royal pass now includes a violet-colored parachute. The parachute text is Z0, which looks fantastic on the violet background. This parachute is obtained via promotion to higher RPs. All of these prizes have one thing in common: the majority of them have the same color. So, this are BGMI M5 Royal Pass Rewards and Skins is mostly violet in color.