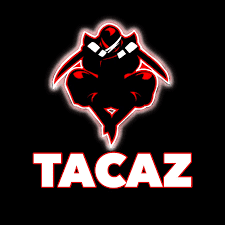 Tacaz is a very famous and professional pubg player in Vietnam. He is a content creator as well as a popular Youtuber. In this article, I'm going to share all the information about tacaz, Pubg ID, controls, real name, K/d, and more. let's get dive into it.

Clan Name Not in Clan

Crew Name Not in Clan

Tacaz's real name is Nguy?n Tr?ng Tu?ng. He is a very popular YouTube player and has over 6M+ subscribers on YouTube. Tacaz is from Vietnam and he is 21 years old.

He plays Pubg Mobile on iPhone Plus 8. On 27 April 2019, he had posted his first pubg mobile video on his youtube channel.

Tacaz share's him and his wife's images on Instagram as well as he shares shorts videos of Pubg Mobile gameplay on Facebook. He has 30k+ followers on Facebook and 10k+ followers on his Instagram. both of the links are provided in the social media section in the above table.

Tacaz is a Vietnamese player.

Recently Tacaz married and Tacaz had shared his marriage pictures on his Instagram.

In 2 years Tacaz Had gained Over 6.6M subscribers on his youtube channel.

These are some most popular videos on his youtube channel. In these videos, he had killed 42 players in a single match. In this video, he gained over 47M views on youtube.

If you guys have any queries then you can tell me I will try to solve it about Tacaz Pubg id Information.