PUBG will return to India in the name of BATTLEGROUNDS MOBILE INDIA, the company confirmed

The company has said that the complete data of the players of BATTLEGROUNDS MOBILE INDIA will be stored at the Indian data center itself and according to the rules of the Government of India. Battleground mobile India Pre-Registration  Date may be in May Ending. 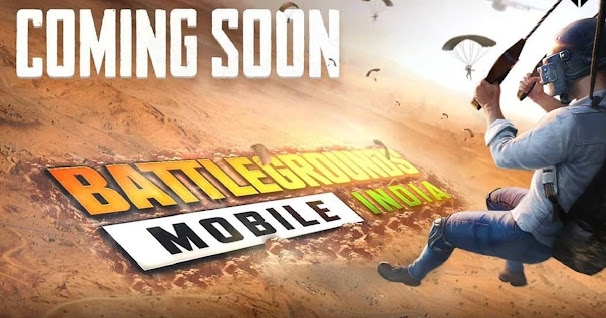 For the past year, the return of PUBG Mobile has been waiting in India, but this wait is over. KRAFTON, the company developing the PUBG game, has officially announced the launch of the new game in India. KRAFTON said in a press release that the BATTLEGROUNDS MOBILE INDIA will be launched in India soon, although the company has not given any information about the launch date.

Krafton has stated that it is looking at data privacy and data security as its first priority and is committed to it. The company is also working with several other companies for data security. The company has said that the complete data of the players of BATTLEGROUNDS MOBILE INDIA will be stored at the Indian data center itself and according to the rules of the Government of India.

After PUBG Mobile is banned, people are waiting for it eagerly. Especially due to the Coronavirus, youngsters and children sitting at home are missing this game. Because it was not known how the time was cut while playing it. But now you do not have to worry about it, because big news related to PUBG Mobile has come out. PUBG Mobile has been introduced in India with a new avatar and new name. Now this game will be available under the name Battlegrounds Mobile India and its official teaser has also been revealed.

The good news for PUBG Mobile users is that South Korean video game developer company KRAFTON has officially announced the launch of a new game for Indian users. Recently, the company had revealed that PUBG Mobile will be launched in India under the name Battlegrounds Mobile India. At the same time, Battlegrounds Mobile India has been officially introduced on the company's YouTube channel. However, the company has not made any announcement regarding its launch date yet. But after the teaser, it is expected that the wait of the users is going to end soon.

It is being said about Battlegrounds Mobile India that it will provide users with more fun and exciting gaming experience than PUBG Mobile. In this, users will also get the facility of free-to-play games. In which tournaments and leagues will be held. Which were also available in PUBG Mobile earlier. In the teaser that surfaced, the company has hinted that in this, users will get a great gaming multiplayer gaming experience. According to the report, the company will make this game available for pre-registration before launching in India.